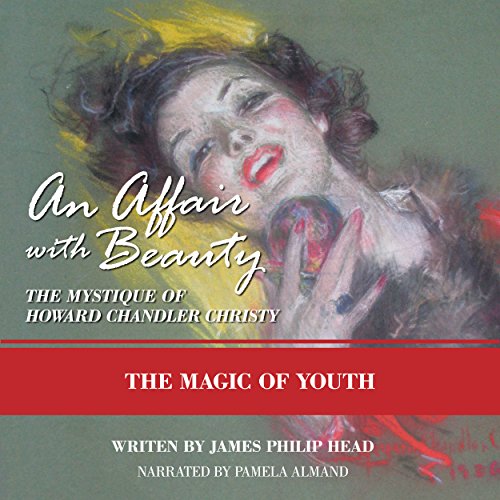 The Magic of Youth

Fame, fortune, and beautiful models - Howard Chandler Christy had them all.

Christy was the most famous American painter of the Jazz Age, a time when an elite brotherhood of New York artists dominated the publishing world. Christy had eclipsed all of them with his ''Christy Girl'', an idealized woman who redefined beauty, influenced fashion, and inspired generations of women.

The Magic of Youth is the first book in An Affair with Beauty - The Mystique of Howard Chandler Christy, a biographical trilogy of the artist's epic life as told primarily through the eyes of his second wife, Nancy, a former Cosmopolitan model once considered to be one of the most beautiful women in America. As she reflects on her life, Nancy tells of first meeting Christy in 1912 and becoming his top model. She is captivated by his irresistible charm and the glamour of his enchanting world, but discovers that things are not always what they seem and even the great Christy has scandalous secrets.