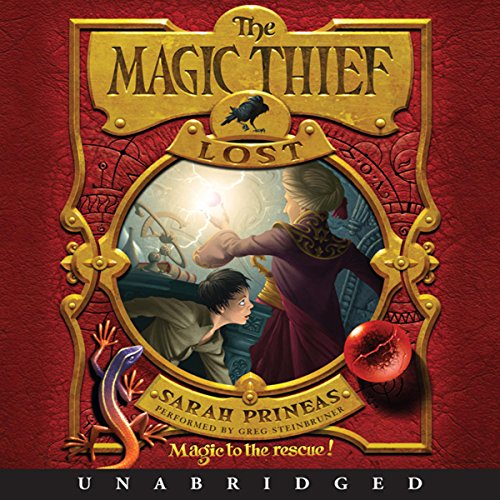 Conn may only be a wizard's apprentice, but even he knows it's dangerous to play with fire, especially around magic. His master, Nevery, warns him that it could all blow up in his face. Besides, they have bigger problems to deal with. There is evil afoot in the city of Wellmet, an evil that isn't human.

But Conn is drawn to the murmurs he hears every time he sets off an explosion, something is trying to talk to him, to warn him. When none of the wizards listen, Conn takes matters into his own hands. His quest to protect everything he loves brings him face-to-face with a powerful sorcerer-king and a treachery beyond even his vivid imagination.

Sarah Prineas works her own spells as she transports us to an extraordinary world where cities are run on living magic and even a thief can become a wizard's apprentice.

"Eloquent and suspenseful, this follow-up doesn't disappoint." ( Publishers Weekly)
"Conn's relationship with Rowan continues to grow, providing both humor for the story and depth to both characters. A fun read for fans of fantastic adventures." ( School Library Journal)

the second book is as good as the first one

I heard the first book in German, but they didn´t make the other books into audio books in German. So I listened to the second audio book in English and I like the English narrator way more because the German speaker tried to copy the British way of speaking and it sounded really weird and unfamiliar to me. I also really liked the storyline, it was very exciting and easy to follow as a non native English speaker.