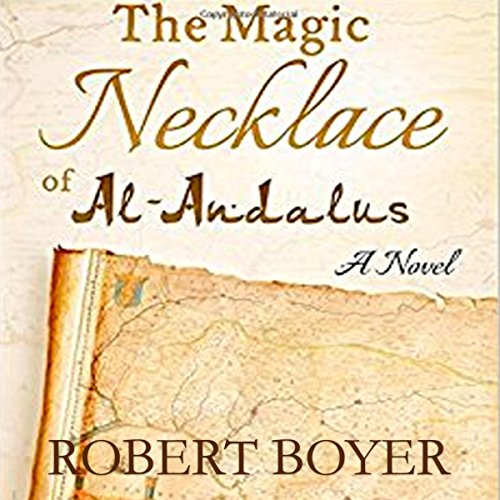 The Magic Necklace of Al-Andalus

The Magic Necklace of Al-Andalus is a historical fantasy novel. The historical part occurs, with one Roman digression, in Spain during the nearly 800 years of the Arab presence from their initial tidal-wave invasion in 711 to their expulsion in 1492. The Arab tide receded southward but then remained largely in place for several centuries. Al-Andalus refers to these Arab-ruled areas in which the Arabs, Muslims, tolerated and often even welcomed Christians and Jews.

Religion is important in the development of the four main characters, Cass, Thea, and Alan, teenagers in Philadelphia in 1951, and Sebastian, the young officer of the Queen’s Guard in Spain in 1491. Religion is also one of the ingredients in the interactions of secondary characters, some of whom are historical.

The Magic Necklace and its resident sprite, the Djini Maeden, are the fantasy part of the novel. They spirit the characters off to key times and places of Al-Andalus. As they discover the nature of the Necklace and Maeden, the main characters realize that they have been chosen. They are on a perilous quest affecting themselves and others.