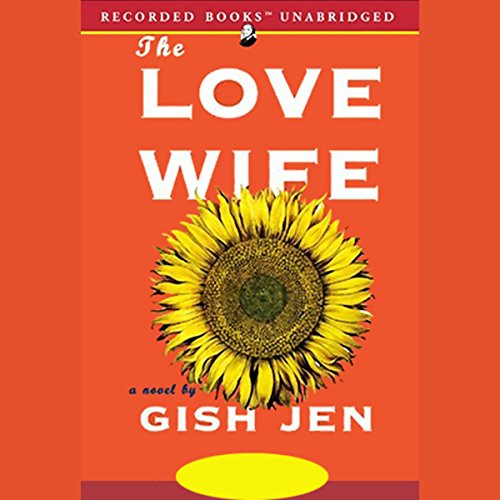 Critically acclaimed author Gish Jen is a National Book Critics Circle Award nominee and the person John Updike proclaimed as the young novelist most likely to become his successor. In The Love Wife, Jen poignantly explores the explosive dynamics of a mixed-race modern family.

Chinese-American Carnegie Wong and his Waspy wife Blondie have two adopted children of Asian descent, Lilly and Wendy. The girls are a handful, but they are nothing compared to Carnegie's mother. Mama Wong's dislike for Blondie is relentless, so much so that she introduces a Chinese woman named Lan to the household. When Lilly and Wendy begin to favor Lan over their white mother, Blondie clings ever more tightly to her biological son, Bailey.

A powerful novel peppered with humor, The Love Wife is absolutely riveting from the first word to the last. The vocal talents of a highly-skilled, award-winning group of narrators make for an exquisite audio production.

"Jen captures the not always likable Wong family with her trademark compassion, laser-like attention to detail and quirky wit....This novel has a robust, lived-in quality that makes you miss it when it's over." ( Publishers Weekly)
"A vibrant work notable for its unusual and arresting dialogue-saturated style....A smart, piquant, and far-reaching tragicomedy." ( Booklist)