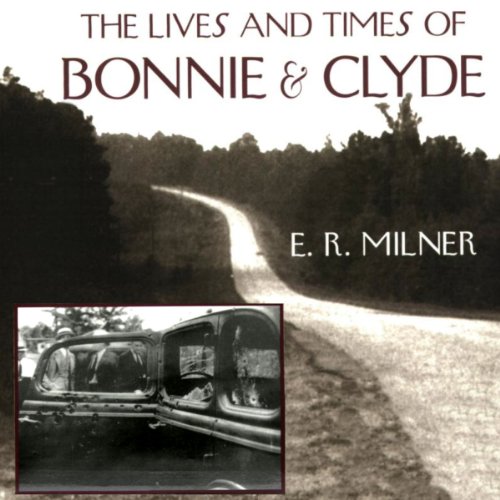 The Lives and Times of Bonnie & Clyde

In his prologue, Milner introduces Bonnie Parker and Clyde Barrow, showing them as they drive along a rural Louisiana lane toward the ambush that would put a dramatic end to their turbulent lives of crime. Milner then traces their backgrounds, noting the events that bring the two outlaws together. The ensuing adventures of Bonnie and Clyde featured gun battles, narrow escapes and captures, frequent moves, and, of necessity, several shifts in personnel over a short period of time. It was a life of wild action, betrayal, and sometimes even gallantry. In the abstract, an aura of romance surrounded this violent pair.

Although the mythology surrounding Bonnie and Clyde is charged with drama and fascination, Milner reveals the truth behind the bloody legend, carefully gleaning materials from obscure locally published accounts, previously untapped court records, and archived but unpublished oral history accounts from some 60 victims, neighbors, relatives, and police who were involved in the exploits of the infamous duo. And the truth proves to be sufficiently exciting. Romance aside, the Barrow gang carved a grisly swath through Texas, Arkansas, Oklahoma, and Missouri.

Milner traces this violent path until 23 May 1934, when Bonnie and Clyde die in an ambush. Even dead, they draw crowds and are buried in a circus-like atmosphere. In death they continue to intrigue us in ways few criminals had before or have since.