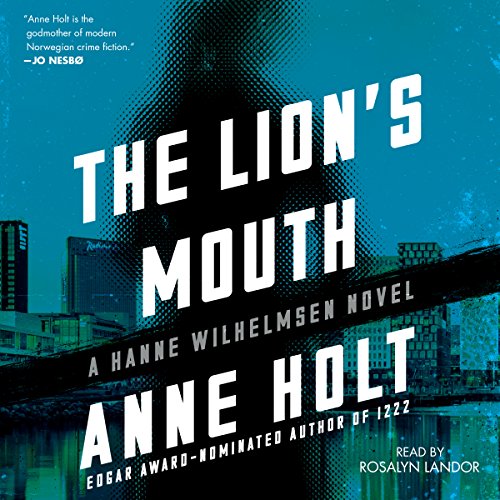 From the internationally best-selling author of 1222, called the "godmother of modern Norwegian crime" by Jo Nesbø, the next book in the Edgar Award-nominated mystery series: Hanne Wilhelmsen is on the case when someone murders the prime minister of Norway.

Less than six months after taking office, the Norwegian prime minister is found dead. She has been shot in the head. But was it a politically motivated assassination or personal revenge?

Hanne Wilhelmsen, chief inspector of the Norwegian police, is on leave in California, but when the death shakes the country to its core, she knows she can't remain on the sidelines of such a crucial investigation. The hunt for the prime minister's killer is complicated, intense, and grueling. When secrets begin to unravel from the prime minister's past, Hanne and her partner, Billy T., must piece together the crime before a private tragedy becomes a public outcry in what will become the most sensitive case of their career.

Filled with lies, deception, and the truth about government, The Lion's Mouth questions who truly holds the power in Norway - and how far they will go to keep it.

"Narrator Rosalyn Landor uses finely honed skills, among them pacing, tone, accent, and pitch, to expertly portray the various characters and perspectives as well as the mysterious atmosphere of this thriller. Her portrayal of the colorful detective Billy T. is especially noteworthy.... A stellar narration is guaranteed to keep the pulse pounding." (AudioFile)