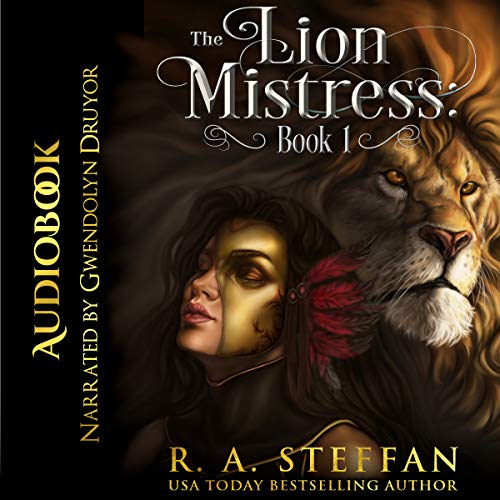 A new chapter in the 2016 Rainbow Award-winning Horse Mistress series.

Kathrael is a nobody - an escaped Rhytheeri slave with a face disfigured by an acid attack and a giant chip on her shoulder. Despite being alone in the world, with no possessions other than the clothes on her back, she has vowed to lead a rebellion against the brutal overseers who once owned her. First, though, she's going to murder the cowardly bastard of a shape-shifter who was prophesied to save them all, and didn't.

The man who destroyed her life.

She's fully prepared to die along the way, if that's what it takes. But falling in love with both a eunuch priest and a scruffy, itinerant lion-shifter? Well...admittedly, that part she really didn't see coming.

Favian is content with his life as a pagan priest. After finding and losing a forbidden love, he has devoted himself to helping others as best he can. When a starving, desperate girl takes him hostage at knife point, he has no glimmering of the kind of journey that will follow. He'd convinced himself that love was for other people - not for the likes of him. And the one he lost? It turns out that when the gods are kind, what is lost can sometimes be found again.

As a lion-shifter, Ithric knows that his feline nature tends to get him into trouble. This time, though, he might be in just a hair deeper than usual. After he and Favian broke each other's hearts over a stupid misunderstanding, Ithric decided that relying on other people was a fool's game. Of course, that was before he ended up collared and locked in a cage. Now, some outside help would be just a teensy bit useful...even coming from a decidedly unexpected source.

The Lion Mistress, Book 1 contains graphic violence and graphic sex, including sex between men and sex with multiple partners. It is intended for a mature audience.