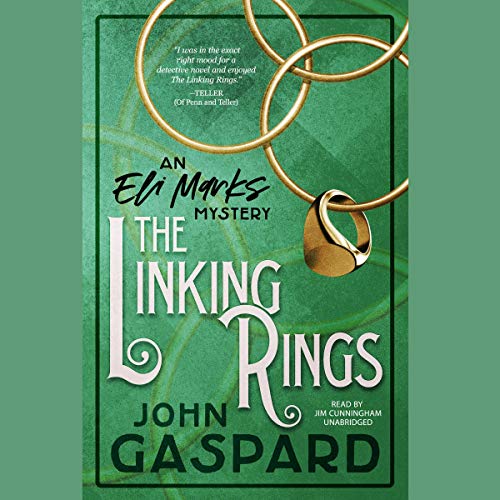 Eli's trip to London with his uncle Harry quickly turns homicidal when the older magician finds himself accused of murder. A second slaying does little to take the spotlight off Harry. Instead it's clear someone is knocking off Harry's elderly peers in bizarrely effective ways. But who?

The odd gets odder when the prime suspect appears to be a bitter performer with a grudge...who committed suicide over 30 years before. While Eli struggles to prove his uncle's innocence - and keep them both alive - he finds himself embroiled in a battle of his own: A favorite magic routine of his has been ripped off by another hugely popular magician.

What began as a whirlwind vacation to London with girlfriend Megan turns into a fatal and larcenous trip into the dark heart of magic within the city's oldest magic society, the Magic Circle.

No one does intriguing magic and page-turning humor like John Gaspard. Pick it up and see if you can be the first to figure out the trick!