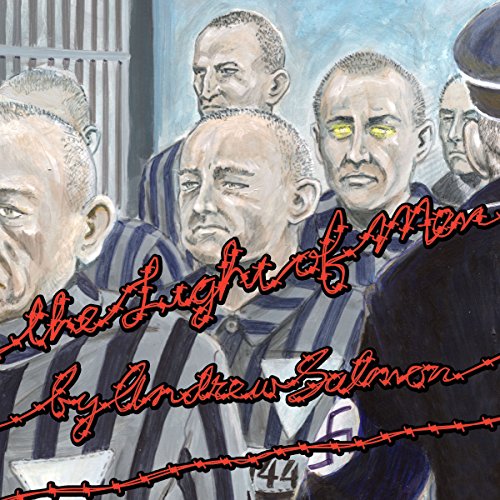 The Light of Men

A stranger in hell

It is 1945 and the war is beginning to wind down. Allied forces are pushing toward Berlin with relentless force and the Third Reich is on the verge of collapse. Still, in dozens of hellish concentration camps scattered throughout Germany, thousands of emaciated men and women are kept ignorant of these events. With over 14 million already murdered in the gas chambers, the Nazis are all too aware the remaining survivors could become a serious liability, all of them living proof of their barbaric Holocaust.

Into one of these death camps comes a man named Aaron. Unlike the hopeless, starving men around him, he is strangely aloof and detached from the living nightmare that surrounds them. Obeying orders, falling in line with his fellow prisoners, Aaron methodically begins to learn the camp routines in order to fulfill his own mysterious agenda. Is he an Allied spy on some desperate mission? Or worse yet, is he a Nazi collaborator sent to foil any last-minute rebellion by the inmates? Having heard rumors that the Allied forces are getting closer every day, many inmates want to revolt and take control of the camp before their merciless captors can silence them forever.

Andrew Salmon delivers a taut, gripping novel set against the background of one of history's most tragic episodes. He adds a unique science fiction element that weaves its way through this amazing adventure and drives it to a powerful, heart-wrenching climax. The Light of Men is a powerful statement on the human condition and the heroism inherent in all men and women with the courage to endure.