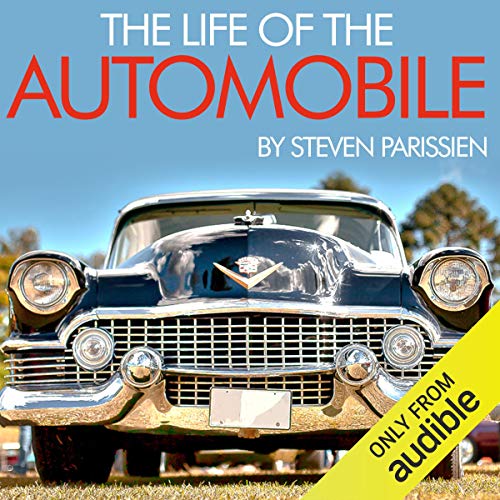 The Life of the Automobile

The Life of the Automobile

This gripping and vivid book is the first comprehensive world history of the most important transport innovation of the modern age. Steven Parissien examines the impact, development and significance of the automobile over its turbulent and colourful 130-year history, but this is not just the story of horsepower and performance.

It is a tale of people, of flamboyant entrepreneurs, shrewd businessmen and gifted engineers; of outstanding success and abject failure. It is a chronicle of innovation, and a testimony to the value of good design. Above all, it demonstrates how the epic story of the car mirrors the history of the modern era, from the brave hopes and soaring ambitions of the early twentieth century to the cynicism and ecological concerns of a century later.

Das sagen andere Hörer zu The Life of the Automobile