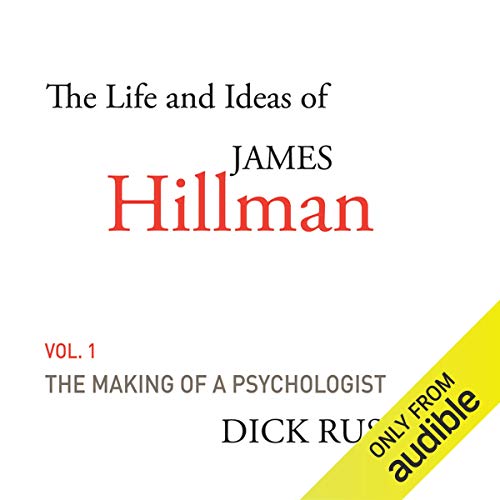 The Life and Ideas of James Hillman, Volume I: The Making of a Psychologist

James Hillman, author of the radically famous The Soul's Code, is examined through this magnificently constructed biography, The Life and Ideas of James Hillman: Volume I: The Making of a Psychologist. From his service in the U.S. Navy to his admittance to the renowned C. G. Jung Institute in Zurich, author Dick Russelm manages to tell a brilliantly comprehensive journey of a man. The spectacular accuracy of this piece comes from the numerous interviews with James Hillman and those close to him. And the oratory performance of Fred Sanders lends this remarkable story a polished and authoritative air.

The life of the world’s foremost post-Jungian thinker and best-selling author of The Soul’s Code.

Considered to be the world’s foremost post-Jungian thinker, James Hillman is known as the founder of archetypal psychology and the author of more than 20 books, including the bestselling title The Soul’s Code. In The Making of a Psychologist, we follow Hillman from his youth in the heyday of Atlantic City, through post-war Paris and Dublin, travels in Africa and Kashmir, and onward to Zurich and the Jung Institute, which appointed him its first director of studies in 1960. This first of a two-volume authorized biography is the result of hundreds of hours of interviews with Hillman and others over a seven-year period. Discover how Hillman’s unique psychology was forged through his life experiences and found its basis in the imagination, aesthetics, a return to the Greek pantheon, and the importance of “soul-making,” and gain a better understanding of the mind of one of the most brilliant psychologists of the 20th century.

Das sagen andere Hörer zu The Life and Ideas of James Hillman, Volume I: The Making of a Psychologist