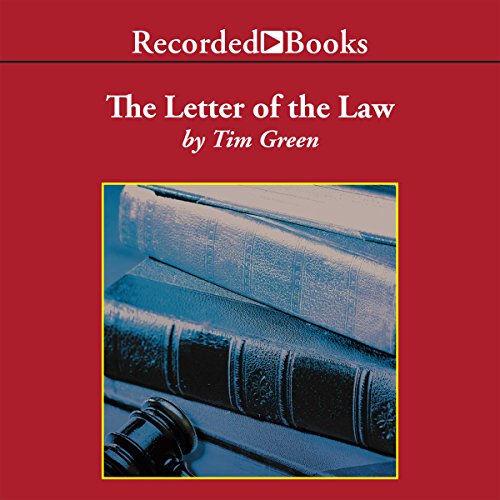 The Letter of the Law

The Letter of the Law

Attorney and novelist Tim Green leaped onto best seller lists with The Dark Side of the Game, his nonfiction account of life inside the National Football League. In The Letter of the Law, he serves up a thrilling dose of fictional legal intrigue in the tradition of John Grisham and James Grippando.

When world-famous law professor Eric Lipton is seen driving away from the home of his horribly mutilated student - and is later caught fleeing the country with the woman's bloody underwear - the case seems open and shut. But ambitious defense attorney Casey Jordan is a master at injecting reasonable doubt into the minds of jurors. Somewhere between legal maneuvering and the letter of the law, however, Casey finds her own doubts rising to the surface - and her life in jeopardy from a remorseless killer!

Fast-paced and compelling, The Letter of the Law showcases Tim Green as a major author of legal thrillers. Richard Poe's powerful narration leads listeners relentlessly through each unpredictable twist and turn.

Das sagen andere Hörer zu The Letter of the Law