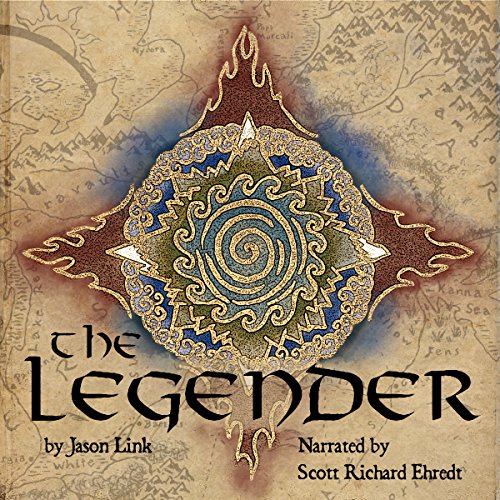 Arkos, a reclusive artisan, bides the long age of peace carving animal bones and remembering his days of adventure. In the ancient city of Tierrion where he dwells, no one suspects he is one of the legenders - those forces of nature clad in human form who spoke with the elements and shaped them into mighty beasts. After the legenders fought in the bygone war against the living shadow, they faded into myth and have remained in historical obscurity. That is, until a great evil strikes Tierrion and Arkos saves the city with his power over the elements. This grand revelation of his true identity comes at a cost, however, for there are kings and politicians who would use a legender for their own purposes. Bound by an oath of service, Arkos must obey their commands - dire consequences descend upon legenders unfaithful to their vows.

Fearful that Tierrion's catastrophe portends war, the kingdoms order Arkos to the uncharted wastelands of the north to discover if the Living Shadow and his legions are preparing to mount an attack once again. Arkos' journey takes him over perilous mountains and through hostile terrain where he must use his elemental abilities to overcome dangers fatal to man. As he travels onward, a sinister and mysterious figure watches from afar, awaiting his dreadful schemes to unfold. When Arkos reaches the dark unknown and finds secrets lost in history, an unexpected choice confronts him: to take his long-awaited freedom or save the kingdoms that would enslave him.

The Legender draws the audience into a fantastical new world of rich characters. Beyond the excitement invoked by adventure and political intrigue, the story at its core resounds with identities redeemed and courage found, arguing that there is more to us than we ourselves would believe.