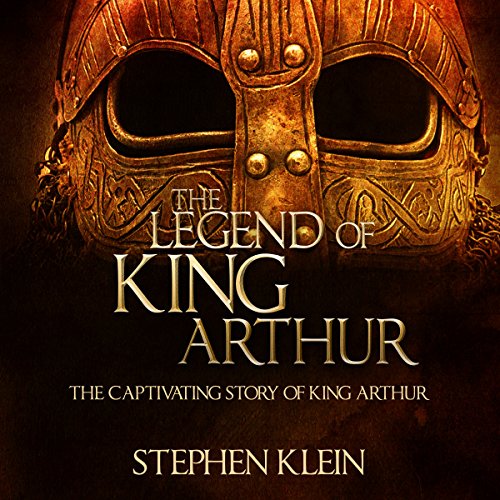 The Legend of King Arthur

There is a lot that has been said about King Arthur in the Arthurian legends. Many people have heard about him either as a real person or as a legendary figure. King Arthur is still a great mythic figure of English literature. He was a great warrior, ruler and military leader who united Britain in the medieval period. However, it is King Arthur as a legendary figure that has mostly captured the imagination and attention of audiences. What cannot be denied is the influence the legend of King Arthur has on literature, music, art and society. The legend has been portrayed in movies, novels and art, but the listener will get all that in this book. This is a captivating story about King Arthur, the Sword in the Stone, the Knights of the Round Table, Merlin the wizard and the Quest for the Holy Grail. It is entertaining as well as informational. Arthur wielded a magical sword known as Excalibur which helped him win all the battles. He lived in a glorious kingdom called Camelot. He married the beautiful Queen Guinevere, who later fell in love with Sir Lancelot, one of the King Arthur's favorite knights. This led to the king's pursuit of Sir Lancelot during which his son Mordred took over the throne and married his wife Queen Guinevere. Eventually, the king returned to Camelot when he heard this, and a war broke out which ultimately resulted in his death.