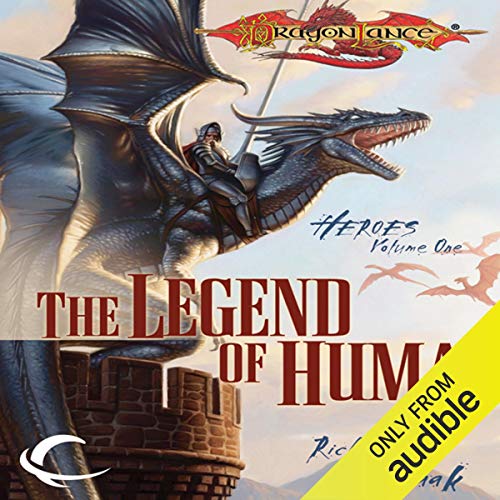 The Legend of Huma

This attractive new rerelease of The Legend of Huma debuts a new look for the Heroes series. Each title in the series will reflect the new series design. This title is the only Dragonlance novel not written by Margaret Weis & Tracy Hickman to hit the New York Times best-seller list.

Only fragments of the account of Huma survived the Cataclysm that broke the world of Krynn. The fullness of his tale has never been told – until now. One man took up the call to defend the world against the Queen of Darkness. He was the first Hero of the Lance, driven by his devotion to the Oath and the Measure and his love for a silver dragon. His life made him a hero. Here is the tale that made him a legend….