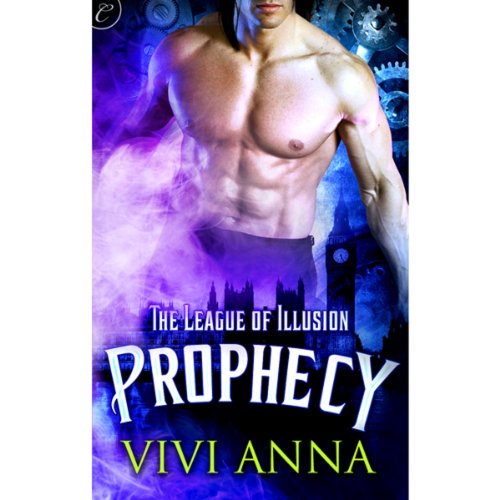 The League of Illusion: Prophecy

The League of Illusion: Prophecy

Book two in the League of Illusion

With his brother Sebastian missing, illusionist Rhys Davenport is running out of time and leads. He knows only that Sebastian disappeared into Stonehenge and that an incomplete map is the key to finding him. And that the missing piece is in the possession of the unnervingly attractive psychic Corina Stratton.

Corina has no intention of giving her part of the map to the haughty Rhys Davenport. In fact, she needs to steal his half so she can heal her mother's malevolent spirit. She heads to London, only to be chased by a revengeful sorcerer right into Rhys's arms. Although touched by Rhys's plight, she agrees to go on his crazy quest only to get an opportunity to take what she came for.

With an airship full of fanatic elves after them, Rhys and Corina are forced into close quarters as they search for a portal. But to open it in time to find Sebastian, they must reconcile their differences and their growing feelings, or he'll be lost to them forever....