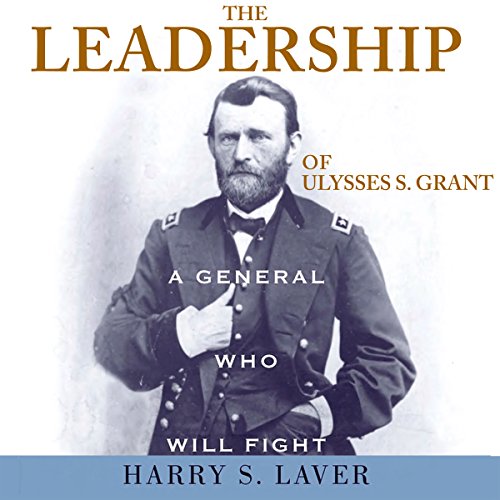 The Leadership of Ulysses S. Grant

Prior to his service in the Civil War, Ulysses S. Grant exhibited few characteristics indicating that he would be an extraordinary leader. His performance as a cadet was mediocre, and he finished in the bottom half of his class at West Point. However, during his early service in the Civil War, most notably at the battles of Shiloh and Vicksburg, Grant proved that he possessed an uncommon drive. When it was most crucial, Grant demonstrated his integrity, determination, and tactical skill by taking control of the Union troops and leading his forces to victory.

A General Who Will Fight is a detailed study of leadership that explores Grant's rise from undisciplined cadet to commanding general of the United States Army. Some experts have attributed Grant's success to superior manpower and technology, to the help he received from other Union armies, or even to a ruthless willingness to sacrifice his own men. Harry S. Laver, however, refutes these arguments and reveals that the only viable explanation for Grant's success lies in his leadership skill, professional competence, and unshakable resolve. Much more than a book on military strategy, this innovative volume examines the decision-making process that enabled Grant both to excel as an unquestioned commander and to win.

"This is an extraordinary book covering the leadership style of General U.S. Grant during the American Civil War." (Lone Star Book Review)

"This book is a readable, moving, and inspiring story of one of America's greatest generals." (Civil War Book Review)