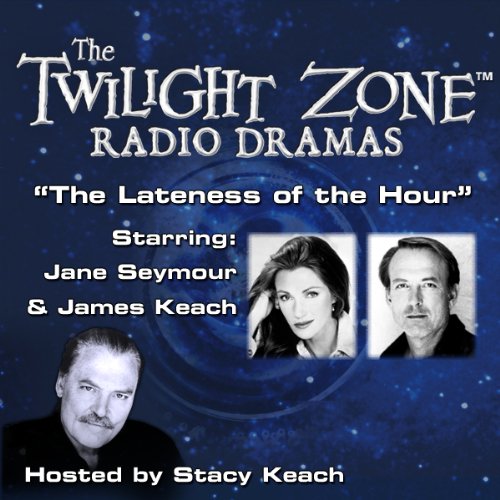 The Lateness of the Hour

The Lateness of the Hour, starring Jane Seymour and James Keach: Dr. Loren and his wife live in a beautiful home with their daughter, and are waited upon hand and foot by robots. But daughter Jana is beginning to think her parent's need for robot help is turning their brains to silt, and bodies to mud. She demands of her father to get rid of the robots, or else she will leave the family forever. Unhappy, but caring for his daughter's concerns, Dr. Loren does as asked.

Later on, when Jana tells her parents she will meet a beau and have children of her own soon, her parents look unhappy, but will not tell her why. As she puts the pieces together, she looks for pictures of herself from younger years, but finds none. The revelation comes, and she collapses: Jana herself is a robot. Her father knows life cannot continue as it has, so he reprograms his robot daughter to be a maid.

Das sagen andere Hörer zu The Lateness of the Hour

The Lateness of the Hour audiobook described very well. Anyone can able to listen and enjoy this book.