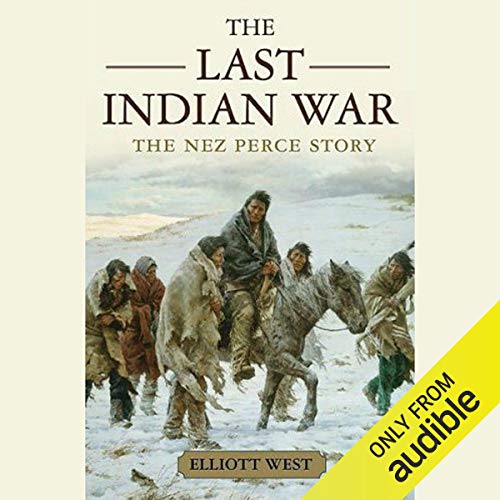 This newest volume in Oxford's acclaimed Pivotal Moments series offers an unforgettable portrait of the Nez Perce War of 1877, the last great Indian conflict in American history. It was, as Elliott West shows, a tale of courage and ingenuity, of desperate struggle and shattered hope, of short-sighted government action and a doomed flight to freedom.

To tell the story, West begins with the early history of the Nez Perce and their years of friendly relations with white settlers. In an initial treaty, the Nez Perce were promised a large part of their ancestral homeland, but the discovery of gold led to a stampede of settlement within the Nez Perce land. Numerous injustices at the hands of the U.S. government, combined with the settlers' invasion, provoked this most accomodating of tribes to war.

West offers a riveting account of what came next: the harrowing flight of 800 Nez Perce, including many women, children, and elderly, across 1,500 miles of mountainous and difficult terrain. He gives a full reckoning of the campaigns and battles - and the unexpected turns, brilliant stratagems, and grand heroism that occurred along the way. And he brings to life the complex characters from both sides of the conflict, including cavalrymen, officers, politicians, and - at the center of it all - the Nez Perce themselves (the Nimiipuu, "true people").

The book sheds light on the war's legacy, including the near sainthood that was bestowed upon Chief Joseph, whose speech of surrender, "I will fight no more forever," became as celebrated as the Gettysburg Address.

Based on a rich cache of historical documents, from government and military records to contemporary interviews and newspaper reports, The Last Indian War offers a searing portrait of a moment when the American identity - who was and who was not a citizen - was being forged.