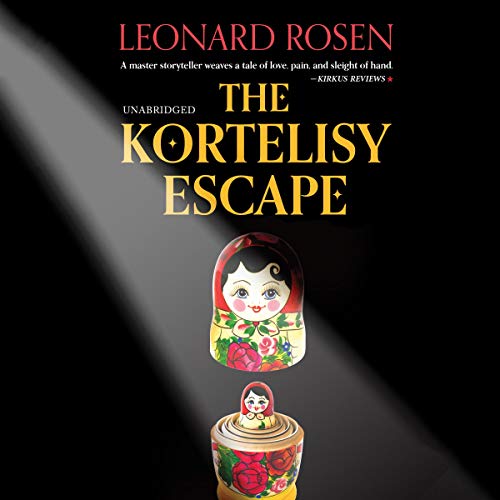 Caught in a Three Strikes law that sends him to prison for life, Nate Larson negotiates with prosecutors for an early release in exchange for testifying against his brother in an upcoming trial. As part of the deal, he demands custody of his 14-year-old granddaughter, Grace, who's survived a string of disastrous foster homes.

Nate studied close-up magic during his time in prison. He's good, and despite her wariness Grace joins him for a touring magic show of New England. Nate's actual plan: to spend a few pleasant months with his granddaughter then run alone to Canada in hopes of undermining the case against his brother, who's been falsely accused of trafficking. Pressure comes from that direction, too, from the actual traffickers who have hijacked the family's legitimate, though secretive, connections to Eastern Europe and the Ukrainian village of Kortelisy.

Facing certain violence unless he runs, distraught at the prospect of wounding Grace unless he stays, Nate must thread a dangerous needle. And Grace, learning to perform some magic herself, must grow up in a hurry if she's to save the only person she has ever trusted.