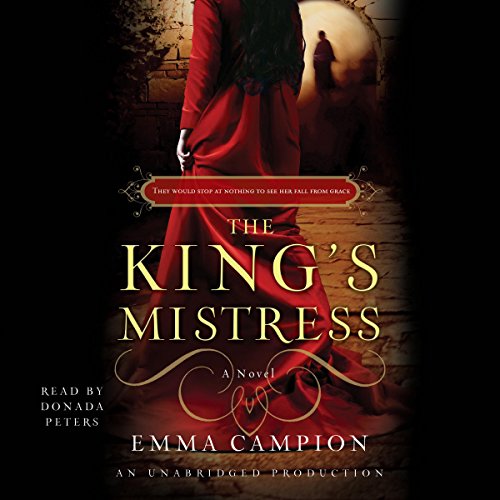 History has not been kind to Alice Perrers, the notorious mistress of King Edward III. Scholars and contemporaries alike have deemed her a manipulative woman who used her great beauty and sensuality to take advantage of an aging and increasingly senile king. But who was the woman behind the scandal? A cold-hearted opportunist - or someone fighting for her very survival?

Like most girls of her era, Alice is taught obedience in all things. At the age of 14 she marries the man her father chooses for her, dutifully accepting the cost of being torn from the family she holds so dear and losing the love of her mother forever. Despite these heartbreaks, Alice finds that merchant Janyn Perrers is a good and loving husband and the two settle into a happy life together. Their bliss is short-lived, however; it unravels the dark day a messenger appears at Alice's door and notifies her of Janyn's sudden disappearance.

In the wake of this tragedy, Alice learns that her husband kept many secrets - secrets that result in a price on her own head and that of her beloved daughter. Her only chance to survive lies in the protection of King Edward and Queen Philippa, but she therefore must live at court as a virtual prisoner. When she is singled out by the king for more than just royal patronage, the stakes are raised. Disobeying Edward is not an option, not when her family is at risk, but the court is full of ambitious men and women, many of whom will stop at nothing to see her fall from grace.

Emma Campion paints a colorful and thrilling portrait of the court of Edward III - with all of its extravagance, scandalous love affairs, political machinations, and murder - and the devastating results of being singled out by the royal family. At the center of the storm is Alice, surviving by her wits in this dangerous world, where the choices are not always of her own making. Emma Campion's dazzling novel shows that there is always another side to the story.

"A medieval lover's dream novel…the vibrant backdrop and depth of historical details place Campion in the same league as Sharon Kay Penman and Alison Weir." ( Romantic Times)
"A dynamic fictionalization of the life of Alice Salisbury...an empathetic but realistic portrait of a colorful and, if Campion is to be believed, misunderstood woman." ( Publishers Weekly)