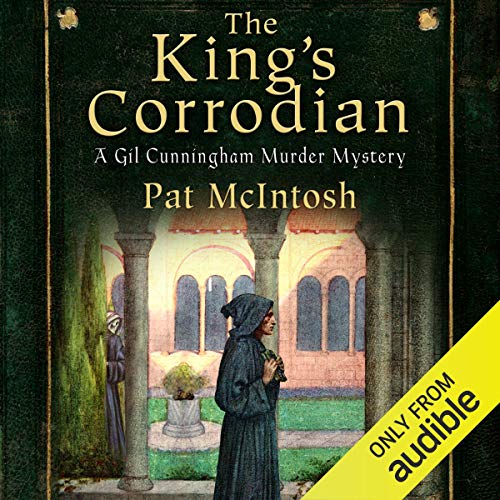 The tenth story in the popular Gil Cunningham series set in medieval Glasgow. 'The tale seems very improbable,' Gil Cunningham said. 'How should the Devil enter a religious house and carry off one of its members?'

How indeed? But Arnold Fleming, the widely dislike pensioner, or corrodian, lodged in the Dominican's house in Perth, has vanished from a chamber, and a local knight and his mistress claim to have seen the Devil abroad that very same night. Three of the friars are accused by their fellows of involvement, documents found in Fleming's lodgings suggest he was blackmailing somebody, and when Gil is called in to investigate, he reveals theft, ancient murder - and more recent secrets. Then a body turns up - then a second one. Are these deaths connected to Fleming's disappearance, or to the victim of his blackmailing activities? Gil's questioning uncovers some of the truth, but it is Alys who discovers the answer, with the help of the Dominicans' redoubtable lay-brothers and the priory kitchens.

Born and brought up in Lanarkshire, for many years Pat McIntosh lived and worked in Glasgow before settling on the West coast.

"Will do for Glasgow in the fifteenth century what Ellis Peters and her Brother Cadfael did for Shrewsbury in the twelfth." ( Mystery Reader's Journal)