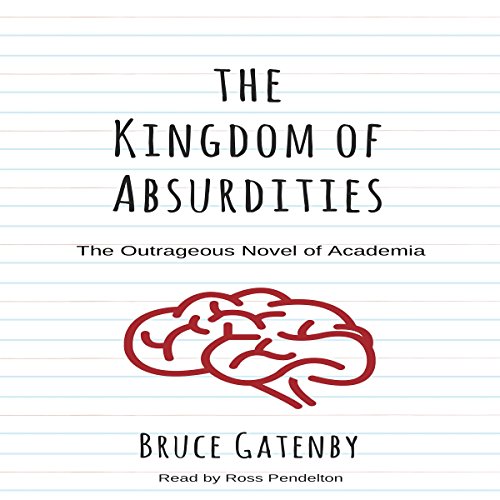 The Kingdom of Absurdities

The Kingdom of Absurdities

America 2013: All the madness, insanity and absurdity we witness every day in politics, journalism and personal life began in the laboratories of humanities departments in academia, when English professors, based upon their ability to read, decided they were experts in EVERYTHING and unleashed the virus of Political Correctness on an unsuspecting nation. Wielding the unholy trinity of race, class and gender, academics seized power not only in academia but in journalism and politics as well, creating our current dystopia, The Kingdom Of Absurdities. Return with us now to those days with Chase, a grad student in English at The University of Southern Arizona (U of SA), as he attempts to lead a one-person revolution against the triple-headed hydra of Political Correctness as it crawls its way out of academia into the USA. Savagely funny, indignant and politically incorrect, The Kingdom of Absurdities is an all-too-timely warning against not only letting the lunatics take over the asylum, but letting them loose to run the rest of the world as well.