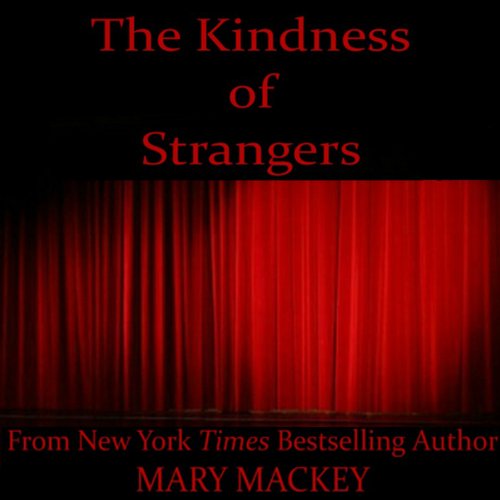 The Kindness of Strangers

The Kindness of Strangers

Mary Mackey's dazzling and sprawling The Kindness of Strangers spans 60 years and two continents in its unflinching yet compassionate portrayal of three generations of actresses: Viola Kessler, her daughter Kathe, and her granddaughter Mandy.

Emma Robinson's vibrant, powerful delivery is a perfect match for the epic scope of Mackey's kaleidoscopic work. Whether voicing a German actress in pre-war Berlin or a Hollywood director in the 1980s, Robinson captivates the listener with her skillful and dynamic performance.

From the smoky decadence of pre-World War II Berlin to the drug-fueled excitement of mid-80s Hollywood, The Kindness of Strangers tells the spellbinding story of three remarkable actresses.

Viola is discovered by Sarah Bernhardt and rockets to the top of New York vaudeville. While in Berlin, Viola falls madly for a satirical playwright whose incendiary work infuriates the fast-growing Nazi party - and cause his tragic death. Against the odds, Viola survives and her daughter, Kathe, becomes a star of early television, despite growing up during the London blitz. Kathe’s starpower quickly proves she’s more than just a starlette’s daughter, launching her career and changing her mother’s life forever.

Kathe’s daughter Mandy’s first movie makes her the brightest star yet, and a darling of the frenetic Hollywood scene - until a shocking tragedy threatens to end her career for good.