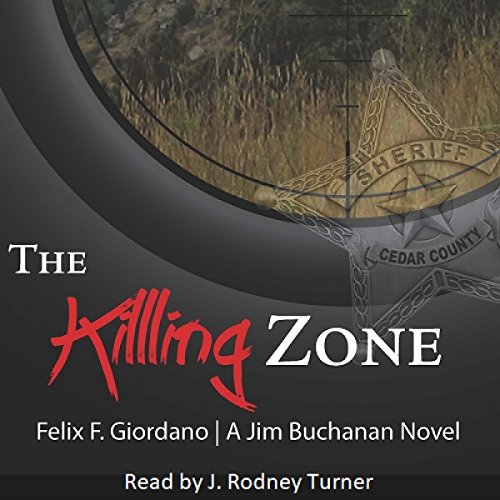 A darkness shrouds Montana. The Killing Zone, a gritty tale of revenge, mayhem, murder, and miracles. Released on parole after serving 12 years of a 20-year prison sentence, Videl Tanas, vicious leader of the Screaming Skulls outlaw motorcycle club, is obsessed with enacting revenge against the people who testified against him and anyone else who gets in his way.

While Tanas spawns a trail of mayhem and murder across Montana, Native American Sheriff Jim Buchanan closes in on the gang. When Jim's daughter Alma Rose Two Elk, Shaman of the Crow Nation, is kidnapped by Tanas, Jim pursues the gang on horseback into the untamed wilderness of northwestern Montana where an unfulfilled Plains Indian prophesy awaits its revelation.