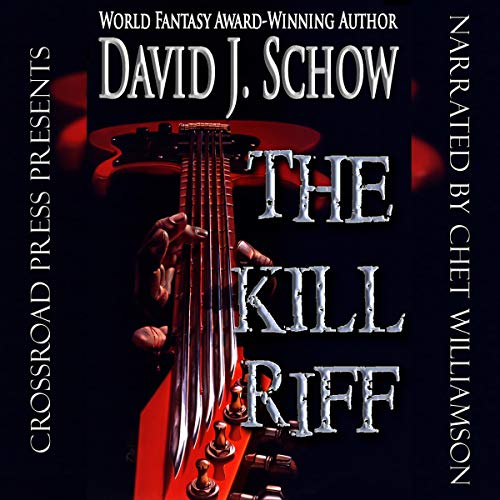 Lucas dreams it every night: the rock show, flashy, ear-pounding, chaotic. The frothed-up mob that storms the stage. The death of his daughter Kristen, trampled in a sudden surge of tribal frenzy. In Lucas Ellington's eyes, the audience is blameless. His child was murdered by the main event - Whip Hand, the ultimate party band.

The arena disaster in which Kristen was killed causes Whip Hand to disband, but the individual musicians are still out there, alive and kicking.

Whip Hand's lead singer, Gabriel Stannard, has established a successful solo career, but knows how fickle his public is. He has to do something - and soon - to retain his position as the baddest, meanest, most dangerous rock star of all time. And he knows that Lucas is saving him for last in his campaign of revenge. Each man targets the other in a vendetta of honor versus glory.

The Kill Riff traffics not only in the dark side of rock music and media exploitation, but explores what vengeance does to the avenger, in hard-ass 4/4 time.

“Readers of this first novel will understand why Schow wins awards for his horror stories.... Strongly recommended.” (Library Journal)

“You can smell the denim and leather and hear the rumble of heavy metal noise rolling off the page.” (Fangoria)

“Schow is a good stylist, inventive, and has a genuine feeling for character that any novelist in any genre could envy...a master of the art of giving the plot an unexpected wrinkle.” (Philadelphia Inquirer)