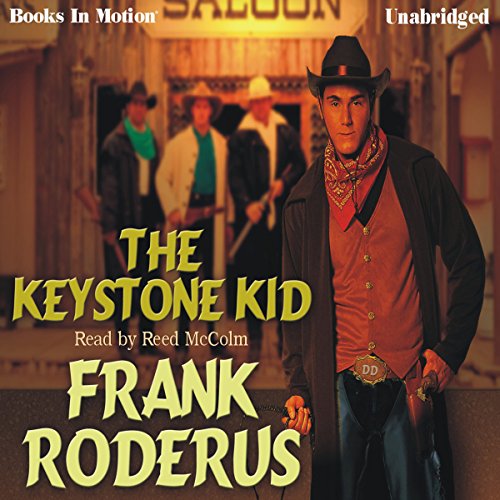 The Keystone Kid had come all the way from Pennsylvania to be a cowboy, and stepped off the train dressed to the teeth in an atrocious freshly bought Western outfit. It was no surprise to anyone when he almost instantly became the butt of some unpleasant jokes in the local bar.

What was surprising was that he made no attempt to fight back against the bully who had decided to make a show of it. He gained two things that day - his name, the "Keystone Kid," and his reputation as a coward. The Kid made one friend, though, who helped him learn the ropes - horses and cattle, the way the ranch was really run - and he soon took on the look and ways of a true cowhand.

But there was still that sore point of his cowardice. No one could help the Kid with that. When the time finally came to prove himself, he had to stand alone...and his life depended on it.