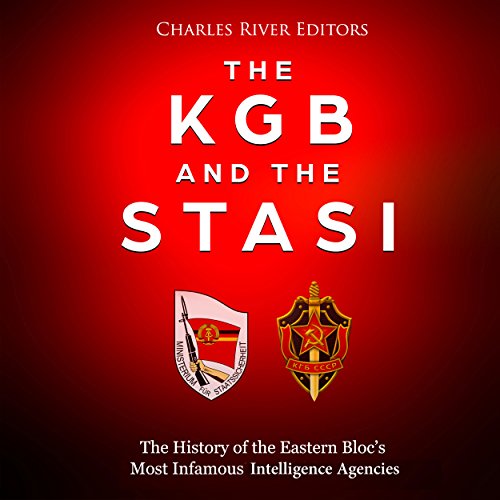 The KGB and the Stasi: The History of the Eastern Bloc’s Most Infamous Intelligence Agencies

The KGB is one of the most famous abbreviations of the 20th century, and it has become synonymous with the shadowy and often violent actions of the Soviet Union’s secret police and internal security agencies. In fact, it is often used to refer to the Soviet state security agencies throughout its history, from the inception of the Cheka (Extraordinary Commission) in 1917 to the official elimination of the KGB in 1992. Whether it’s associated with the Russian Civil War’s excesses, Stalin’s purges, and even Vladimir Putin, the KGB has long been viewed as the West’s biggest bogeyman during the second half of the 20th century.

Aside from the KGB, the 20th century’s most notorious spy agency was the Stasi, which was instrumental in the history of East Germany. In an era of totalitarian countries dominated by repressive state agencies, the Stasi stood out for its size, and the sheer breadth and depth of its surveillance. Despite its notoriety, the legacy of the Stasi is contested in modern Germany. Former West Germans, and Westerners more generally, closely align the East German state and the Stasi, framing a "Stasi State". Those in the former East Germany, however, resent the patronizing attitudes and conflation of the two institutions, preferring to focus on the social elements of the East German state.

The East German State Security Service, or Staatssicherheitsdienst in German (abbreviated to Stasi) was formed in 1950. It purported to be the state’s "shield and sword" and closely monitored much of the population for the next 40 years. Some of the figures are startling. By the end of the 1980s, Stasi files were kept on six million out of 18 million inhabitants. When the Stasi archives were opened in the 1990s, files were discovered that stretched for 178 kilometers. Over the course of East Germany’s existence, up to two million people acted as spies, and 90,000 people worked at the Ministry, not to mention the numerous "unofficial" informers.

East Germany also had a much-feared foreign intelligence arm of its intelligence services, the HV A (German: Hauptverwaltung A or central department), which proved expert at infiltrating West German society and running operations in numerous other countries. But why did the Stasi form, and how did it prove so effective? Answering those questions requires understanding the unique circumstances in which East Germany was formed, as well as politics in Germany at the end of World War II and the start of the Cold War.

Das sagen andere Hörer zu The KGB and the Stasi: The History of the Eastern Bloc’s Most Infamous Intelligence Agencies