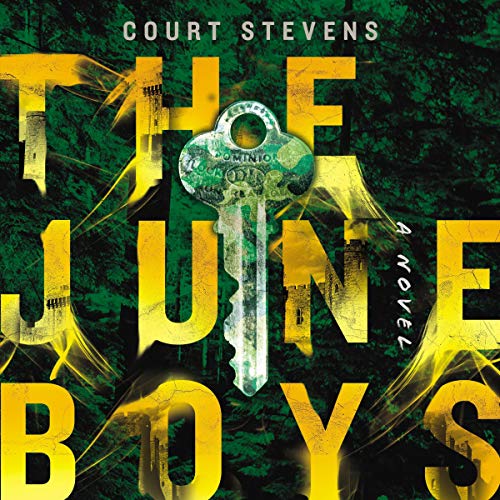 The Gemini Thief could be anyone.

Your father, your mother, your best friend’s crazy uncle.

Someone is stealing Tennessee’s boys.

The Gemini Thief is a serial kidnapper who takes three boys and holds them captive from June 1 to June 30 of the following year. The June Boys endure 13 months of being stolen, hidden, observed, and fed before they are released, unharmed, by their masked captor. The Thief is a pro, having eluded authorities for nearly a decade and taken at least 12 boys.

Now, Thea Delacroix has reason to believe the Gemini Thief has taken a 13th victim: her cousin, Aulus McClaghen.

But the game changes when one of the kidnapped boys turns up dead. Together with her boyfriend Nick and her best friends, Thea is determined to find the Gemini Thief and the remaining boys before it’s too late. Only she’s beginning to wonder something sinister, something repulsive, something unbelievable, and yet, not impossible:

What if her father is the Gemini Thief?

Praise for The June Boys:

"Not only a terrifying story of the missing, but a heartbreaking, hopeful journey through the darkness." (Megan Miranda, New York Times best-selling author of The Last House Guest)

"A gripping suspense that hooked me from the first sentence." (Colleen Coble, USA Today best-selling author of One Little Lie and the Lavender Tides series)

This story is so amazingly done. It is suspenseful, interesting, heart racing and kept me coming back to it within a day. I flew through it. I do highly recommend the audiobook! It is well done and has some extra content in it towards the end. I was spoiled for some of it, by watching a booktalk about it, thinking I would probably never read it. But it got me so interested in it, that I listened to it only a few days later. I didn’t remember the identity of the thief. I had a feeling that the obvious wouldn’t be it. But that’s just because it’s my way of thinking. If I was right? Well you have to read the book to find out.