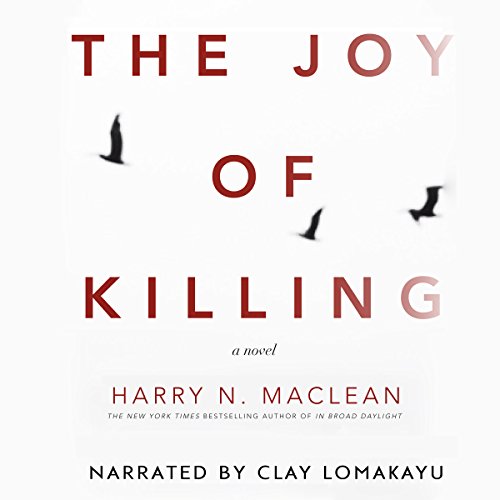 The Joy of Killing

In his classic works of true crime, Harry MacLean examined the dark side of America and its fascination with violence. In The Joy of Killing, he builds upon this expert knowledge to create a riveting literary thriller - an exciting combination of love story, mystery, psychological suspense, and meditation on human nature and the origins of violence.

This fever dream begins on a stormy fall night at a lake house in the north woods of Minnesota, where we are introduced to a college professor who a few years earlier had written a novel in which he justified a gruesome campus murder under the nihilistic theory that there is no right or wrong, no moral center to man's activity. The writer returns to the lake house where he had spent his childhood summers and locks himself in the attic, intent on writing the final story of his life. Playing on a continuous loop in his mind are key moments in his past: his childhood in small-town Iowa, where he and his best friend befriended a local drifter; his childhood on the lake where one summer a local boy drowned in a storm; and the central fixation of his erotic meeting with a girl on a train bound for Chicago when he was just 15. All of these threads weave together as the writer tries to piece together the multitude of secrets and acts of violence that make up one human life.

Reminiscent of the work of noir master Derek Raymond and John Banville's The Sea, with a touch of David Lynch. The Joy of Killing, with its haunting language and vivid images, is both a fascinating look into the fugue state of one man's mind as well as a searing, philosophical look at violence and its impact on our human condition. With its elegant structure, multiple storylines, and edge-of-your-seat suspense, the novel is the tour-de-force fiction debut by one of America's premier writers of true crime.