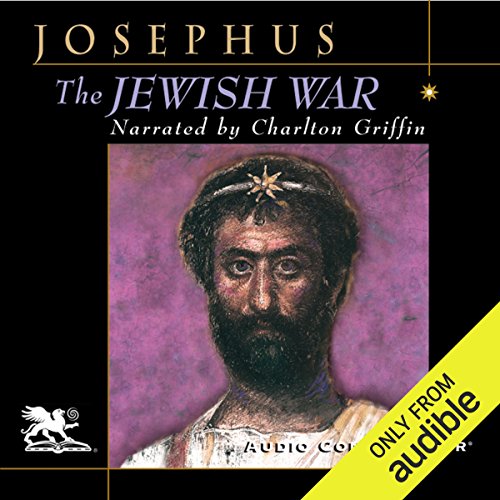 In AD 66, nationalist and religious revolutionaries in Judaea led a ferocious revolt of the Jewish people against the authority of mighty Rome, culminating in the greatest upheaval and savagery the world had known up to that time. By the end of the conflict seven years later, over one million Jews had perished and tens of thousands were sold into slavery. Until the Holocaust, it remained the greatest tragedy ever endured by a people.

How had this once prosperous region been laid low, and by what process did its fratricidal feuds take it down a slippery slope to utter annihilation? Fortunately for us, there was an eyewitness to the historical events: Joseph ben Matthias, known to posterity as Flavius Josephus.

In beautifully written and clearly understood prose, Josephus sets out to explain the origin of the conflict. He describes how the fanatical zealots came to dominate the political life of Judaea, illustrates how the Romans were drawn into the fight, and shows how the war was carried on by both sides, ending with the famous siege of the fortress of Masada.

The Jewish War is one of the most important histories to survive from ancient times, dealing as it does with a subject of which there are very few sources. This is an engaging and heart-felt chronicle by an eyewitness who lived through it all.

This Version of Josephus Takes time,
but good to follow the greek way of waiting.