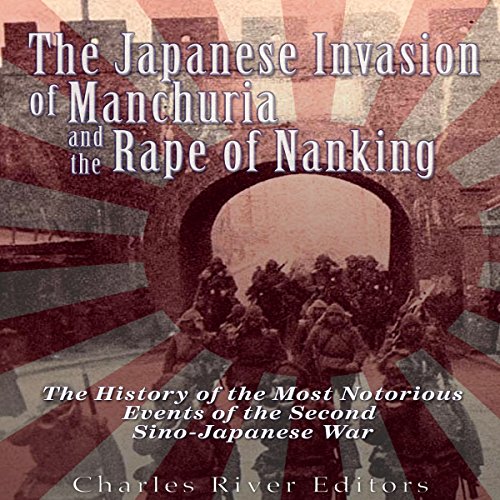 The Japanese Invasion of Manchuria and the Rape of Nanking

Though scarcely mentioned in the world of early 21st century politics, Manchuria represented a key region of Asia during the first half of the 20th century. Once the heartland of the fierce Manchu empire, this northeastern Chinese region's rich natural resources made it a prize for nations in the process of entering the modern age, and three ambitious nations in the midst of such a transformation lay close enough to Manchuria to attempt to claim it: Japan, Russia, and China.

For countries attempting to shake off their feudal past and enter a dynamic era of industrialization, Manchuria's resources presented an irresistible lure. With immense natural resources coupled to economic activity more concentrated than elsewhere in China, this region, abutting Mongolia, Korea, the Yellow Sea, and the Great Wall "accounted for 90 percent of China’s oil, 70 percent of its iron, 55 percent of its gold, and 33 percent of its trade. If Shanghai remained China’s commercial center, by 1931 Manchuria had become its industrial center." (Paine, 2012, 15).

Thus, it's not altogether surprising that Japan's invasion of Manchuria in 1931 resulted from a long, complex chain of historical events stretching back to the late 19th century. Approximately 380,000 square miles in extent, or 1.4 times the size of the American state of Texas, Manchuria came into Imperial Russia's possession in 1900 due to the Boxer Rebellion in China, but the Russians held it only briefly; their defeat in the Russo-Japanese War shook loose their control from important parts of Manchuria by the end of 1905.

The Japanese gained two important footholds in Manchuria thanks to their victory. One consisted of Port Arthur (renamed Ryojun by the Japanese), an economically and strategically vital harbor city on the Liaodung Peninsula, plus the peninsula itself. The other comprised the South Manchurian Railway, which the Russians gave to the Japanese as a prize of war, in lieu of a cash indemnity.

Three days of plundering traditionally befell cities taken by storm, a fate usually avoided by those surrendering before the first attacking soldier penetrated beyond the outer walls. In Europe and areas influenced by Enlightenment thinkers, this practice faded rapidly after the Napoleonic Wars. In 1937, however, as the Imperial Army of Japan invaded China, this custom returned in a horrifying new form – the Rape of Nanking or the Nanking Massacre, a bloodbath lasting more than six weeks and possibly claiming more than a quarter of a million lives.

Women of every age, from small children to ancient elders, suffered innumerable rapes, in many cases dying from the mass raping alone. Those who did not die from sexual assault suffered death in other forms – shot, decapitated, or tortured to death once the soldiers found themselves sexually exhausted. Other women suffered fatal sexual torture involving the introduction of sharp foreign objects into their vagina or the placement of firecrackers or live grenades inside. Even Third Reich personnel in the city interceded in a sometimes futile effort to rescue victims from their tormentors.