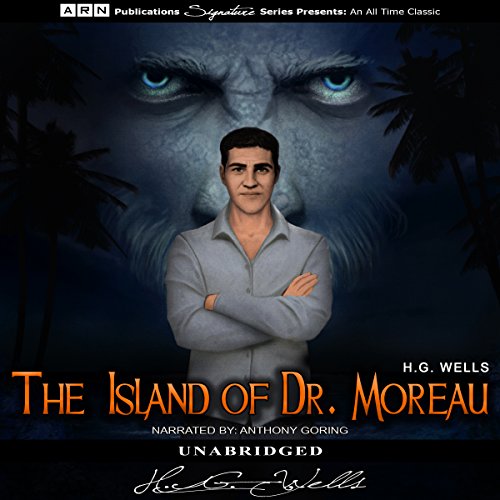 The Island of Dr. Moreau

The Island of Doctor Moreau by H. G. Wells is a classic science-fiction story that explores the realm of scientifically created human and animal hybrids. The main character, Edward Prendick, is left on an island after being rescued by a self-serving captain and an animal trader named Montgomery. The island, owned by a Dr. Moreau, is filled with frightening half human, half animal creatures that shock and appall Prendick.

When he runs into the woods for safety, Prendick is chased by one of these beasts. Luckily, he is able to escape and navigates to the compound where Dr. Moreau creates the creatures. Prendick's nights are filled with the sounds of animals suffering as Dr. Moreau creates his experiments including his latest a puma-human hybrid.

Prendick tries to escape the island but is unsuccessful. He finds a home with a colony of half humans and is surprised by how civilized they are. They make him follow codes including not killing and recognizing Dr. Moreau as the creator. However, when Dr. Moreau and Montgomery die tragically, the beasts become more animal like, and they turn on Prendick. Luckily, Prendick is able to escape when a boat crashes onto shore.

Once back in England, however, Prendick discovers that his time on the island has changed his perspective and he can no longer tolerate people who act on their animal instincts. He chooses solitude and scientific studies to find peace.