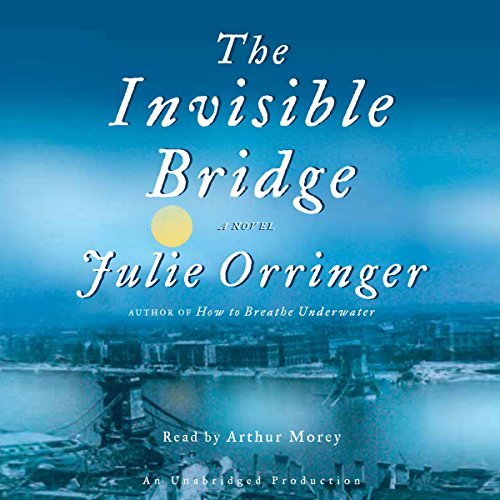 Julie Orringer's astonishing first novel, eagerly awaited since the publication of her heralded best-selling short-story collection, How to Breathe Underwater, is a grand love story set against the backdrop of Budapest and Paris, an epic tale of three brothers whose lives are ravaged by war, and the chronicle of one family's struggle against the forces that threaten to annihilate it.

Paris 1937. Andras Lvi, a Hungarian-Jewish architecture student, arrives from Budapest with a scholarship, a single suitcase, and a mysterious letter he has promised to deliver to C. Morgenstern on the rue de Svign. As he falls into a complicated relationship with the letters recipient, he becomes privy to a secret history that will alter the course of his own life.

Meanwhile, as his elder brother takes up medical studies in Modena and their younger brother leaves school for the stage, Europe's unfolding tragedy sends each of their lives into terrifying uncertainty. At the end of Andrass second summer in Paris, all of Europe erupts in a cataclysm of war.

From the small Hungarian town of Konyr to the grand opera houses of Budapest and Paris, from the lonely chill of Andrass room on the rue des coles to the deep and enduring connection he discovers on the rue de Svign, from the despair of Carpathian winter to an unimaginable life in forced labor camps and beyond, The Invisible Bridge tells the story of a love tested by disaster, of brothers whose bonds cannot be broken, of a family shattered and remade in history's darkest hour, and of the dangerous power of art in a time of war.

Expertly crafted, magnificently written, emotionally haunting, and impossible to put down, The Invisible Bridge resoundingly confirms Julie Orringer's place as one of todays most vital and commanding young literary talents.

"To bring an entire lost world....to vivid life between the covers of a novel is an accomplishment; to invest that world, and everyone who inhabits it, with a soul, as Julie Orringer does in The Invisible Bridge, takes something more like genius." (Michael Chabon)
“Profound love, familial bonds and the deepest of human loyalties play out against the backdrop of unimaginable cruelty. . . . A stunning first novel.” ( Los Angeles Times)
“One of the best books of the year.” (Junot Diaz)