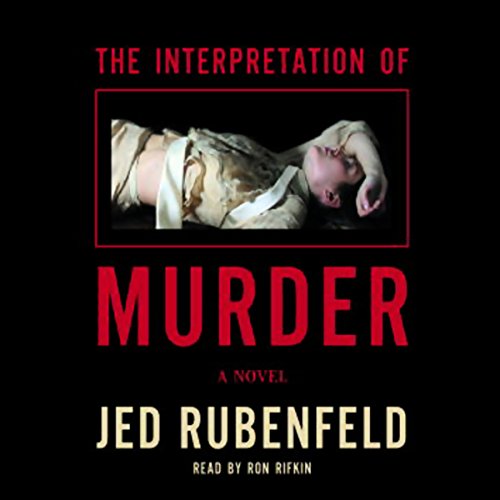 The Interpretation of Murder

The Interpretation of Murder

The Interpretation of Murder opens on a hot summer night in 1909 as Sigmund Freud arrives in New York. Among those waiting to greet him is Dr. Stratham Younger, a gifted physician who is one of Freud's most ardent American supporters. And so begins the visit that will be the great genius' first and only journey to America.

The morning after Freud's arrival, in an opulent penthouse across the city, a woman is discovered murdered: whipped, mutilated, and strangled with a white silk tie. The next day, a rebellious heiress named Nora Acton barely escapes becoming the killer's second victim. Yet, suffering from hysteria, Miss Acton cannot remember the terrifying incident or her attacker. Asked to consult on the case, Dr. Younger calls on the visiting Freud to guide him through the girl's analysis.

The Interpretation of Murder is an intricately plotted, elegantly wrought entertainment filled with delicious surprises, subtle slights of hand, and fascinating ideas. Drawing on Freud's case histories, Shakespeare's Hamlet, and the rich history of New York, this remarkable novel marks the debut of a brilliantly engaging new storyteller.

"This well-researched and thought-provoking novel is sure to be a crowd pleaser." (Publishers Weekly)
"Rubenfeld renders rich, complex characters, vivid period detail, and prose riddled with heady references to Hamlet." (Booklist)