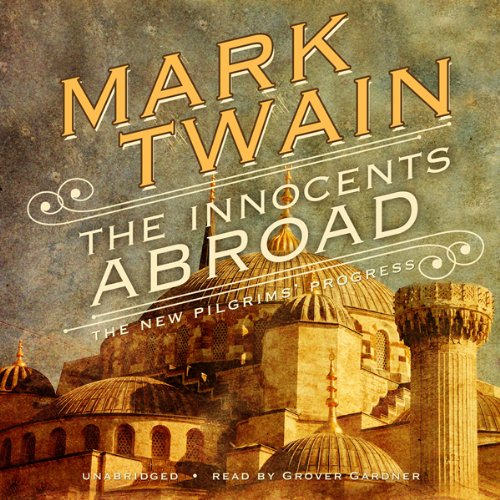 In June 1867, Mark Twain set out for Europe and the Holy Land on the paddle steamer Quaker City. His enduring, no-nonsense guide for the first-time traveler also served as an antidote to the insufferably romantic travel books of the period.

“Who could read the programme for the excursion without longing to make one of the party?”

So Mark Twain acclaims his voyage from New York City to Europe and the Holy Land. His adventures produced The Innocents Abroad, a book so funny and provocative it made him an international star for the rest of his life. He was making his first responses to the Old World—to Paris, Milan, Florence, Venice, Pompeii, Constantinople, Sebastopol, Balaklava, Damascus, Jerusalem, Nazareth, and Bethlehem. For the first time he was seeing the great paintings and sculptures of the Old Masters. He responded with wonder and amazement but also with exasperation, irritation, and disbelief. Above all he displayed the great energy of his humor, more explosive for us now than for his beguiled contemporaries.

“A classic work…[that] marks a critical point in the development of our literature.” (Leslie A. Fiedler, literary critic)