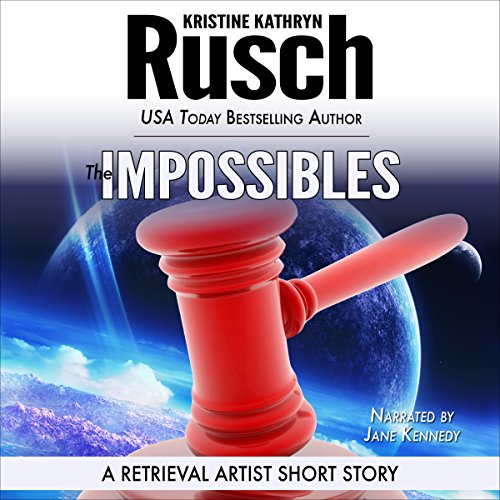 To pay off her law school debts, Kerrie works in the public defender's office at the Interspecies Court. She has more clients than she can defend, most of them from cultures she does not understand. The public defender's office loses almost all of its cases, but sometimes it gets a win. Kerrie thinks she has a winner. But does she? Or will winning the case mean she loses at everything else?

International best-selling writer Kristine Kathryn Rusch has won or been nominated for every major award in the science fiction field. She has won Hugos for editing The Magazine of Fantasy & Science Fiction and for her short fiction. She has also won the Asimov's SF Magazine Readers Choice Award six times as well as the Anlab Award from Analog Magazine, the Science Fiction Age Readers Choice Award, the Locus Award, and the John W. Campbell Award. Her standalone SF novel, Alien Influences, was a finalist for the prestigious Arthur C. Clarke Award. IO9 said her Retrieval Artist series featured one of the top 10 science fiction detectives ever written. She writes a second SF series, the Diving Universe series, and a fantasy series called The Fey. She also writes mystery, romance, and fantasy novels, occasionally using the pen names Kris DeLake, Kristine Grayson, and Kris Nelscott.