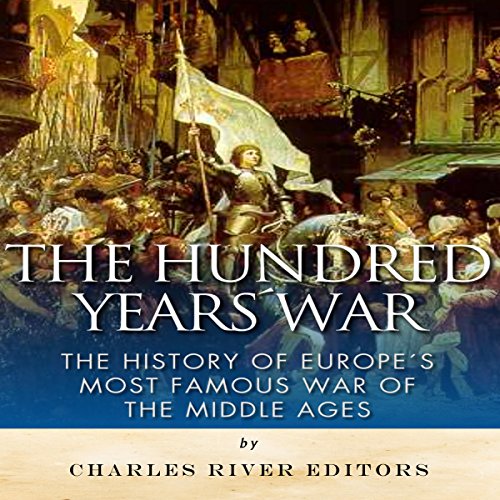 "King of England, if you do not do these things, I am the commander of the military, and in whatever place I shall find your men in France, I will make them flee the country, whether they wish to or not." (Joan of Arc)

Although it ended over 550 years ago, the Hundred Years' War still looms large in the historical consciousness of England and France, even if the name of the famous war is a misnomer. Actually a series of separate conflicts between the English and French monarchies, interspersed with periods of peace, its historical image is an odd one, in part because its origins were based on royal claims that dated back centuries, and the English and French remained adversaries for nearly 400 years after it ended.

However, the war was actually transformative in many respects, and the impact it had on the geopolitical situation of Europe cannot be overstated. While some might think of the war as being a continuation of the feudal tradition of knights and peasants, the Hundred Years' War revolutionized Western European warfare, and it truly helped to usher in the concept of nationalism on the continent. In England it is remembered as a period of grandeur and success, even though the English lost the war and huge swathes of territory with it, while the French remember it as a strategic victory that ensured the continued independence of France and the denial of English hegemony. To understand the Hundred Years' War is to understand how England became politically severed from the continent, how the knightly chivalric tradition slid into irrelevance, and how battlefield dominance can still leave a nation a loser in war.