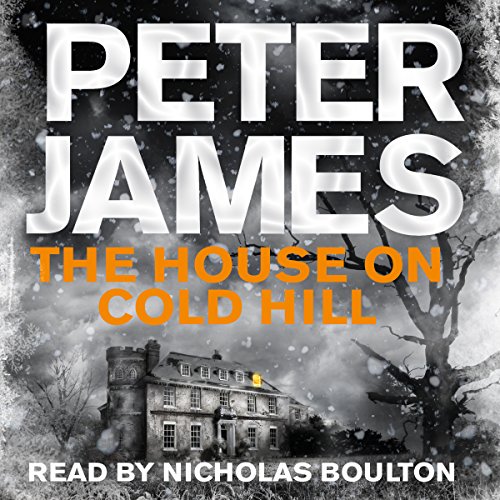 The House on Cold Hill

They said the dead can't hurt you.... They were wrong.

The House on Cold Hill is a chilling and suspenseful ghost story from the multimillion-copy best-selling author of Dead Simple, Peter James.

Moving from the heart of Brighton and Hove to the Sussex countryside is a big undertaking for Ollie and Caro Harcourt and their 12-year-old daughter, Jade. But when they view Cold Hill House - a huge, dilapidated Georgian mansion - Ollie is filled with excitement. Despite the financial strain of the move, he has dreamed of living in the country since he was a child, and he sees Cold Hill House as a paradise for his animal-loving daughter, the perfect base for his web-design business and a terrific long-term investment. Caro is less certain, and Jade is grumpy about being separated from her friends.

Within days of moving in, it becomes apparent that the Harcourt family aren't the only residents of the house. A friend of Jade's is the first to see the spectral woman, standing behind her as the girls talk on FaceTime. Then there are more sightings as well as increasingly disturbing occurrences in the house. As the haunting becomes more malevolent and the house itself begins to turn on the Harcourts, the terrified family discover Cold Hill House's dark history and the horrible truth of what it could mean for them....

"Impeccable…." ( The Sunday Times)
"Superbly creepy modern horror story." "Book of the Week" ( The Sunday Mirror)
"James is a compelling storyteller and he ratchets up the tension in increments, so that his readers will be suitably terrified. By the time you want to scream ‘Look behind you!’, it’s already too late.” ‘Halloween Chillers." ( The Daily Mail)
"A chilling read…this novel is almost impossible to put down." (Charlotte Heathcote, The Daily Express)