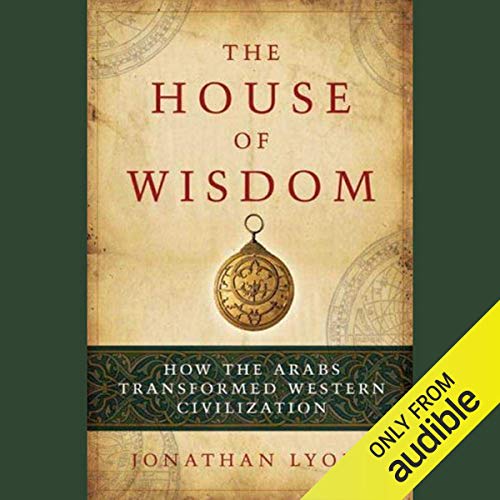 The House of Wisdom

Here is the remarkable story of how medieval Arab scholars made dazzling advances in science and philosophy, and of the itinerant Europeans who brought this knowledge back to the West. For centuries following the fall of Rome, Western Europe was a benighted backwater, a world of subsistence farming, minimal literacy, and violent conflict. Meanwhile, Arab culture was thriving, dazzling those Europeans fortunate enough to catch even a glimpse of the scientific advances coming from Baghdad, Antioch, or the cities of Persia, Central Asia, and Muslim Spain. There, philosophers, mathematicians, and astronomers were steadily advancing the frontiers of knowledge and revitalizing the works of Plato and Aristotle.

In the royal library of Baghdad, known as the House of Wisdom, an army of scholars worked at the behest of the Abbasid caliphs. At a time when the best book collections in Europe held several dozen volumes, the House of Wisdom boasted as many as 400,000. Even while their countrymen waged bloody Crusades against Muslims, a handful of intrepid Christian scholars, thirsty for knowledge, traveled to Arab lands and returned with priceless jewels of science, medicine, and philosophy that laid the foundation for the Renaissance.

In this brilliant, evocative book, Lyons shows just how much Western culture owes to the glories of medieval Arab civilization, and reveals the untold story of how Europe drank from the well of Muslim learning.

"Sophisticated and thoughtful... In The House of Wisdom, [Lyons] shapes his narrative around the travels of the little-known but extraordinary Adelard of Bath, an English monk who traveled to the East in the early 12th century.... Mr. Lyons's narrative is vivid and elegant." ( Wall Street Journal)