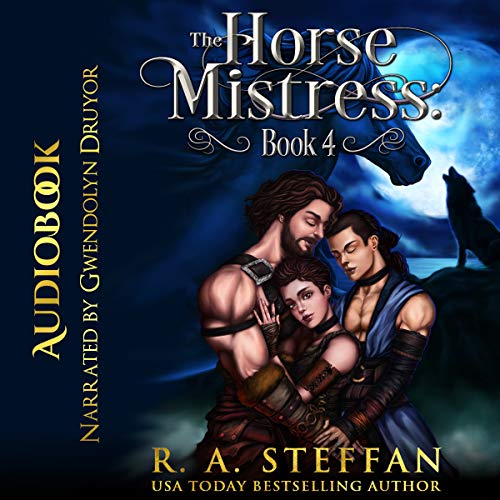 War is coming to the island of Eburos. Andoc, Carivel, and Senovo can no longer live quietly in the shadows of the village of Draebard. As tribal Chieftain, Horse Mistress, and High Priest, it now falls to the three of them to organize a defense against the terrifyingly powerful Alyrion Empire. Senovo - a shape-shifter - has a desperate plan to save them all. But if he succeeds, it just might end up tearing the triad apart forever.

Entrancing and poignant, The Horse Mistress, Book 4 examines the balance between love and sacrifice, along with the hard choices thrust upon those in power when the past and the future collide.