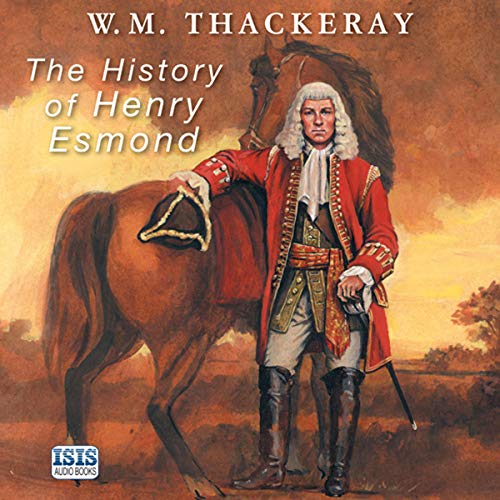 The History of Henry Esmond

Set in the reign of Queen Anne, Thackeray's novel follows the troubled progress of Henry Esmond Esq, a gentleman and an officer in Marlborough's army. Enamoured of the Jacobite Lady Castlewood and her wayward daughter Beatrix, he distinguishes himself in Marlborough's campaigns against Louis XIV but comes to grief in an ingenious but ultimately unsuccessful attempt to depose George I in favour of the Old Pretender.

He continues to wrestle with an emotional allegiance to the Old Tory-Catholic England until, disillusioned, he comes eventually to terms with the whiggish-Protestant future.