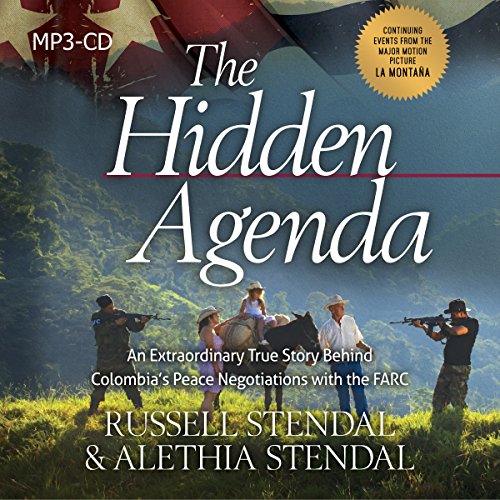 God is moving in the hearts of powerful leaders in all the Colombian fighting factions, and peaceful meetings are now taking place in Havana, Cuba.

Marxists guerillas, right-wing paramilitary, and the Colombian government each have their own agenda. Who would have guessed a meeting of the minds would take place under the helpful auspices of communist Cuba? And that these battle-scarred leaders would give reporters and missionaries the opportunity to challenge some of their core philosophies and even pray with them?

During the often intense negotiations, it becomes obvious that even the most hardened individuals can have a change of heart. Previously seen only as men to be feared, these powerful leaders are now turning to the only one who can provide lasting peace - the Lord. The Stendals have witnessed Army generals having daily prayer and distributing Bibles to their troops, guerrilla commanders requesting and receiving prayer for healing, paramilitary commanders asking their many victims, one by one, to forgive them, and many other powerful demonstrations of what the Lord does through those willing to love their enemies. God's agenda is winning, and we watch in awe.