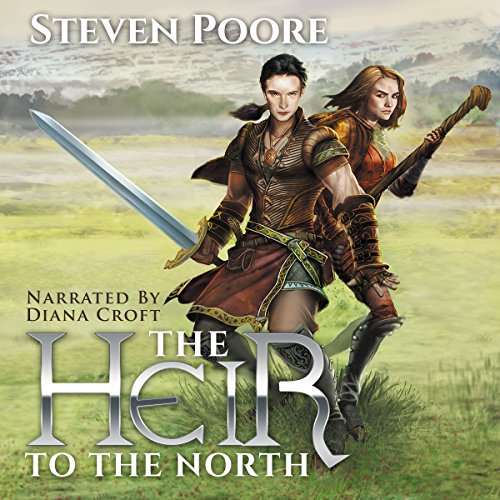 The Heir to the North

"Caenthell will stay buried, and the North will not rise again until I freely offer my sword to a true descendant of the High Kings, or until one takes it from my dying hands!"

With this curse, the Warlock Malessar destroyed Caenthell. The bloodline of the High Kings disappeared and the kingdom faded into dark legend until even stories of the deed lost their power. But now there is an heir to the North.

Cassia hopes to make her reputation as a storyteller by witnessing a hardened soldier and a heroic princeling defeat Malessar and his foul curse. But neither of her companions are exactly as they appear, and the truth lies deep within stories that have been buried for centuries.

As Cassia learns secrets both soldier and warlock have kept hidden since the fall of Caenthell, she discovers she can no longer merely bear witness. Cassia must become part of the story; she must choose a side and join the battle.

The North will rise again.

Das sagen andere Hörer zu The Heir to the North