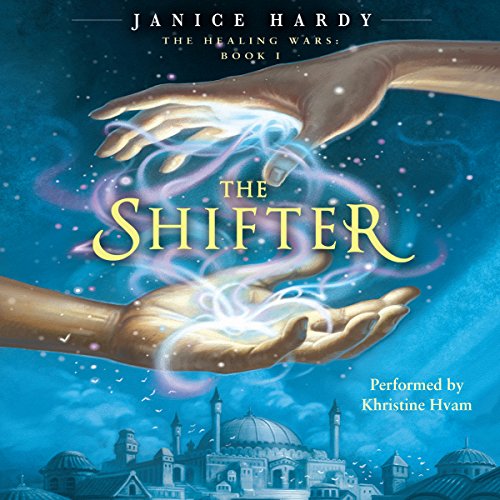 The Healing Wars, Book I: The Shifter

A dangerous secret. A deadly skill.

Nya is an orphan struggling for survival in a city crippled by war. She is also a Taker - with her touch, she can heal injuries, pulling pain from another person into her own body. But unlike her sister, Tali, and the other Takers who become Healers, Nya's skill is flawed: she can't push that pain into pynvium, the enchanted metal used to store it. All she can do is shift it into another person, a dangerous skill that she must keep hidden. If discovered, she could be used as a human weapon.

But one day Nya pushes her luck too far and exposes her secret to a pain merchant eager to use her shifting ability for his own sinister purposes. She refuses - until Tali and other League Healers start disappearing mysteriously. Now Nya must decide: How far will she go to get Tali back alive?