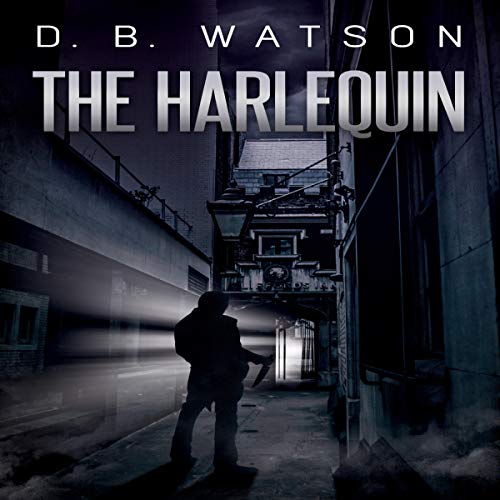 Adam Potter returned to Cargo City wanting to start a new life after recovering from a nasty breakup with his cheating ex-boyfriend. Adam bought a three-story building, opening his own detective agency, hiring a flirtatious college student for an assistant.

Adam’s first case fell from a tree. Patrick Valdez is a blue blood aristocrat who loves to Cosplay, but also has a stalker who hides behind masks. He wants to get away from his devious boyfriend who’s blackmailing him.

A person wearing a Harlequin mask swirls chaos their way when he displaces Patrick’s abuser and chases him through the graveyard into a tree. Adam manages to save Patrick but never thought he would have to deal with his ex-boyfriend and boyfriend again. The detectives believe Patrick is the manipulator behind the Harlequin.

Adam must race to prove the police wrong and clear Patrick’s name and stop the Harlequin before he becomes his next victim.

Disclaimer: There is an attempted rape scene and sex scenes between men.