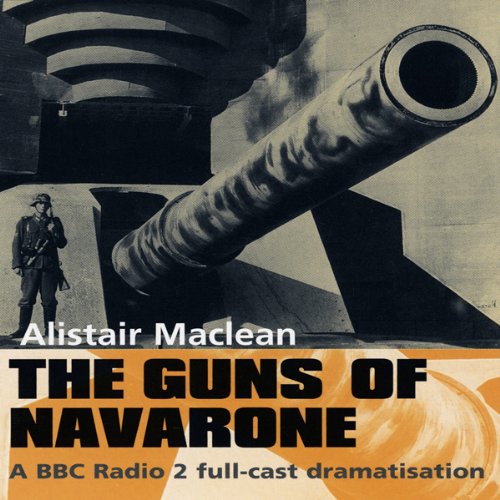 The Guns of Navarone

It is 1943. Two huge German guns in the grim, impregnable fortress on a huge beautiful island off the coast of Turkey are having a devastating impact on Allied shipping and preventing the evacuation of hard-pressed British troops from the nearby island of Kheros. The Germans are poised to overrun and unless the guns can be put out of action within a matter of days, a thousand men will die.

All previous attempts to attack the fortress of Navarone have failed. It is time for one last desperate throw of the dice. And so a select Subversive Operations commando unit, led by the famous pre-war mountaineer Captain Keith Mallory, launches a daring and very possibly suicidal raid.