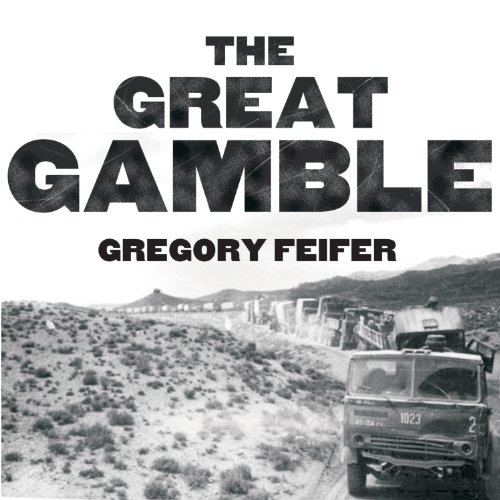 The Soviet war in Afghanistan was a grueling debacle that has striking lessons for American foreign policy today. In The Great Gamble, Gregory Feifer examines the war from the perspective of the soldiers on the ground. During the last years of the Cold War, the Soviet Union sent some of its most elite troops to unfamiliar lands in Central Asia to fight a vaguely defined enemy, which eventually defeated their superior number with unconventional tactics. Although the Soviet leadership initially saw the invasion as a victory, many Russian soldiers came to view the war as a demoralizing and devastating defeat, the consequences of which had a substantial impact on the Soviet Union and its collapse.

Feifer's extensive research includes fascinating interviews with participants from both sides of the conflict.

In gripping detail, he vividly depicts the invasion of a volatile country that no power has ever successfully conquered. Parallels between the Soviet invasion of Afghanistan and the U.S. invasions of Afghanistan and Iraq are impossible to ignore: Both conflicts were waged amid vague ideological rhetoric about freedom. Both were roundly condemned by the outside world for trying to impose their favored forms of government on countries with very different ways of life. And both seem destined to end on uncertain terms. The Great Gamble tells an unforgettable story full of drama, action, and political intrigue whose relevance in our own time is greater than ever.

"Feifer's thoughtful, deliberative use of eyewitness testimony gives an intensely close-up sense of what the war was like for those who fought it." ( Kirkus Reviews)