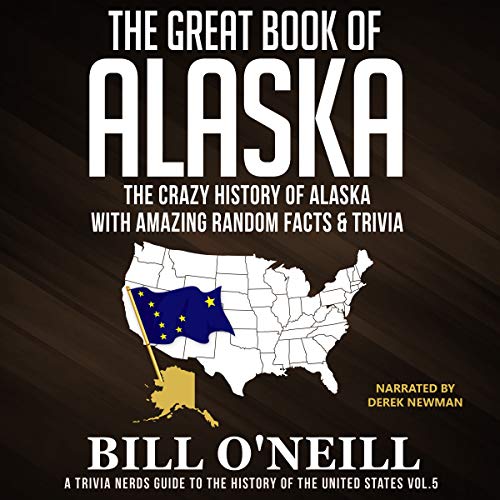 The Great Book of Alaska: The Crazy History of Alaska with Amazing Random Facts & Trivia

The Great Book of Alaska: The Crazy History of Alaska with Amazing Random Facts & Trivia

In The Great Book of Alaska, you’ll discover the answers to the following questions:

Where did Alaska get its state nickname?

Which famous animal hero came from the state?

What movie, which was based on a true story, was filmed in the state?

Which Alaskan musician’s family has a reality TV show about life in the state?

What serial killer came out of Alaska?

What monster is believed to be lurking in Iliamna Lake?

And so much more!

Whether you’re just learning about Alaska or you already think you’re an expert on the state, you’re bound to learn something new in each chapter. Your friends will be amazed at your knowledge during your next trivia night. You’ll even impress your history teacher!

So, what are you waiting for? Dig in to learn everything there is to know about Alaska!