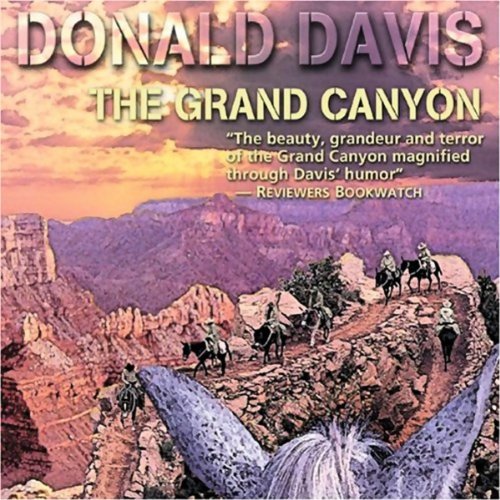 With his rich Southern accent, storyteller Donald Davis takes listeners traveling to the Grand Canyon and to the Appalachians. When Davis first encountered the income tax as a boy, his father suggested he read the federal budget until he found where he wanted his money to go. Davis decreed his personal ownership of the national parks. Half of this audio tells of his first visit, recently, to the Grand Canyon. After a harrowing, hilarious journey on muleback, told with deadpan earnestness, Davis is ready to give his share of that park away. The following tales of childhood visits to his grandparents' log cabin in Appalachia have classic "scary story" features and warm family resolutions.

If you have never ridden a mule along a forty-eight-inch wide trail whose ledge drops off, in places, seven hundred feet to the Colorado River - straight down - you may have difficulty picturing the temporary insanity that leads otherwise responsible adults to sign away the remainder of their natural life expectancy just for the chance to see the Grand Canyon's natural beauty close-up.

Listening to Donald Davis, you won't have any trouble visualizing it - the gleeful anticipation, the encounter with the psyche of "your own, personal mule," and the first-hand experience of a natural wonder. Davis interweaves his humor around vivid details of perhaps the most remarkable experience offered by an American national park.

For Ages 10 to Adult

Donald Davis is one of the nation's most popular storytellers. A master of timing, Davis measures some sentences drop by drop, pouring others out like water from a pitcher. ( Smithsonian Magazine)